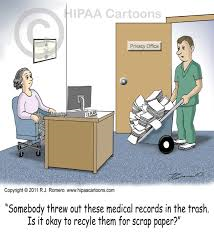 Well, the whole experience was definitely…interesting.  Turns out that even though I am a civilian, I still have to go through the Med Group on base to get out of Dodge.  I think what saved me a smidgen of hassle was the fact that I had deployed in 2013, so I was already in the Air Force DEERS system.  (I have no idea what that stands for)

Anyway, when you are moving overseas, you have to go by the clinic and so they can make sure you aren’t riddled with disease, psychotic, or dying.  It’s called a pre-employment exam.  They will make you take a pregnancy test, and every time they see you thereafter they will ask if there is any chance you are pregnant.  I don’t think being pregnant disqualifies you for an overseas tour.  I guess they just want to make sure they know in advance.

Your civilian personnel officer (CPO) can set up the appointment for you or you can make your own.  If I had to do it over, I’d make my own.  The one I had was almost 6 weeks out and I’m just convinced I could have gotten in sooner.

She also made a lab appointment for me…and I found out when I got there that they don’t even do appointments.  It’s first come first serve.

I had to have more blood drawn, take a pee test, and have my immunization records scrutinized (having deployed, I don’t think it’s even possible for me to catch anything.  They gave me about 20 shots so I’m pretty sure I’m immune to West Nile, rabies, and Ebola at this point).

I also had to get my hearing checked, and since I’m over 40, an EKG.  (I know, right?? And just so you know, those electrode stickers can HURT when they are pulled off)

I’d already gotten a mammogram in 2014, so I was good there.

The fun part came when I went to get the dental checklist signed.  So I was sent to the dental clinic on the Army side, but the lady there was adamant that they didn’t take civilians–and to top it off they were closing shop permanently the following week.  So I trotted back over to the Med Group and told my liaison–the Public Health lady– what the soldier told me.  Her face scrunched up and she said “They do take civilians.  I worked in that office for 20 years, so I should know”.  She made a call and I was sent back across base.

You’d have thought I was a two-headed alien from the looks and whispers I was getting.  It was so over the top that I honestly expected people to try and touch my skin or my hair to make sure I was real.  It was like “Oh my God, she’s a civilian?  And she came here?  We see civilians? For reals?”  (In my mind, they said it with the “s”)

It’s a good thing that all they had to do was X-Ray my teeth.  I wouldn’t have put it past them to try some experiments on me otherwise.  I must say though, it did make me sympathize with horses…the way they were poking around in my mouth.

The trick to surviving a trip to the Med Group is to know going in that most of the people you will be dealing with have no idea what they are talking about in terms of what they are supposed to do for you as a civilian.  So definitely speak to a supervisor or three.

Also, once they get past the fact that you are a civilian, they treat an overseas PCS like a deployment, so be prepared for odd questions.  You’ll have to check in with a mental health provider.  And don’t forget to fill out the medical questionnaire thoroughly.  If you take medication, you definitely want it on the forms so it will be in stock when you need it.

Once they have satisfied themselves that you aren’t a threat to yourself or anyone else and have at least three years of life left in you, you will take a copy of your medical record to your CPO.  You’ll also need to email a copy to your CPO at your new base.